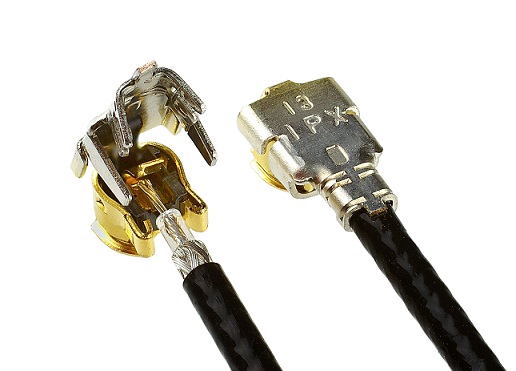 i-Fit® is a unique solderless terminating technology used in the I-PEX micro RF coaxial connector (MHF®) series. The solderless production process helps to stabilize the electrical characteristics of the RF jumper harness. In addition, it makes the mechanization of the RF connector jumper harness production relatively easy, resulting in increased efficiency and high productivity. This connector is used to connect antenna modules for many communication devices such as notebook PCs, tablets, mobile phones and routers.

By connecting the center conductor of the RF coaxial cable with a press-formed contact spring, it is possible to suppress variations in the internal shape of the connection and achieve excellent uniformity of electrical characteristics.

On the other hand, the solder connection solidified shape is affected by changes in many environmental conditions such as: soldering method, operator, solder material, amount of solder applied, temperature of solder and process speed. In general, it is difficult to maintain the uniformity of the electrical properties of a product compared to the connection method using contact springs, and it is more likely that the performance will vary from product to product.

Using i-Fit® technology, the variation of VSRW results of I-PEX MHF® is concentrated in a narrow range compared to the equivalent solder connection type RF connector and has excellent uniformity of electrical performance for each product.

The mechanization of the I-PEX MHF® connector RF jumper harness production process is relatively easy as it does not require a soldering process to terminate the cable, resulting in increased efficiency and high productivity.

The MHF® series connector has had shipments in excess of 2 billion units, and a large amount of RF harnesses and antennas with MHF® connectors are now on the market. In addition, I-PEX i-Fit® technology has enabled antenna and harness makers to have the ability to terminate MHF® products in local production facilities. With over 1,000 termination machines in the field, more than 100 customers produce MHF® harnesses and antennas ensuring quality when using genuine MHF® components. Therefore, I-PEX MHF® can be supported and supplied in many countries and regions through these sales networks to meet various needs.

After setting the cable size and stripped dimensions in advance, insert the RF coaxial cable into the rotating blade.
The blades rotate and the cable will be striped in three steps. 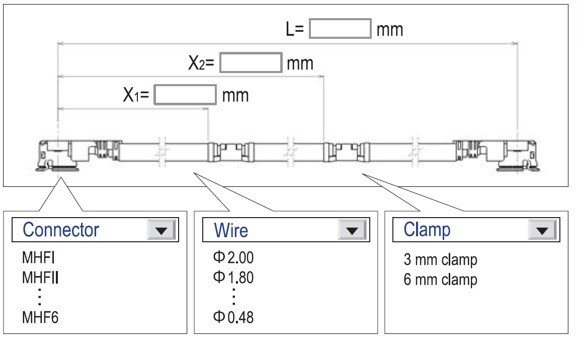 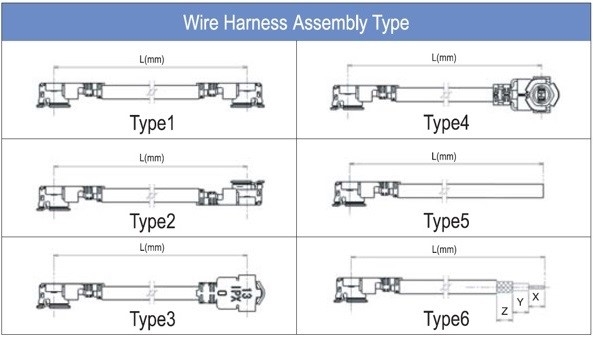