What is Coaxial Cable?

Basic Structure of Cables
What is Micro-Coaxial Cable?

What is Coaxial Cable?

The size of the center conductor used in the coaxial cable is described using an AWG (American Wire Gauge) Standard and the larger the AWG number, the smaller the size of the center conductor.
In general, coaxial cables with an outer cable diameter (O.D.) of ~1 mm or less are referred to as "Micro-Coaxial" cables. Micro-coaxial cable is widely used for signal transmission between module boards inside devices such as PCs, tablets and smartphones, as well as precision instruments used for medical, industrial, automotive, aviation, etc. 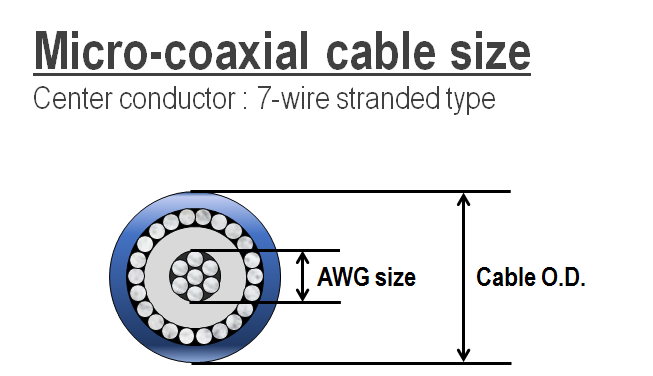 Micro-Coaxial Connectors are mainly used to connect digital signals between module boards by the differential transmission method using micro-coaxial cables. To perform appropriate signal transmission, the center conductor which transmits the signal, needs to be connected to the signal circuit on the board via the contacts of the connector. The outer conductor of the cable needs to be electrically connected on the board via metal parts of the connector referred to as the Shell. The electrical connection of the outer conductor to board through the connector shell is called "grounding". 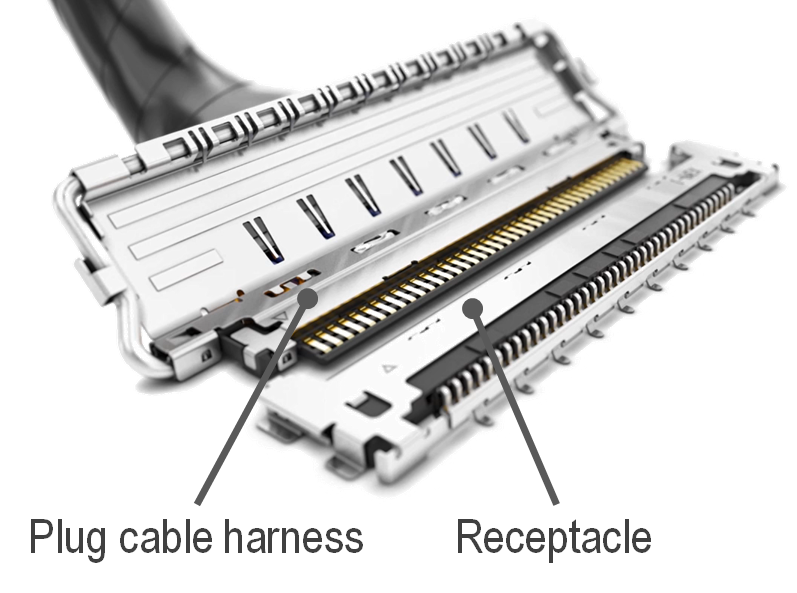 Ground bar with ground fingers:
The fingers formed on the ground bar are directly attached and soldered to the plug contacts. The difficulty of harness processing increases, however, in addition to the reduction in the number of cables used electrical characteristics performance of the harness is expected to improve.

1) Features and Applications of Micro-Coaxial Cable

As high-speed Internet improves and the usage of large-capacity memory devices increases, high-quality images and videos can be enjoyed more easily on consumer products such as PCs, tablets and smartphones. The amount of information that needs to be processed on the device has dramatically increased and the signal speed (transmission standard) in the device has been getting faster and faster. 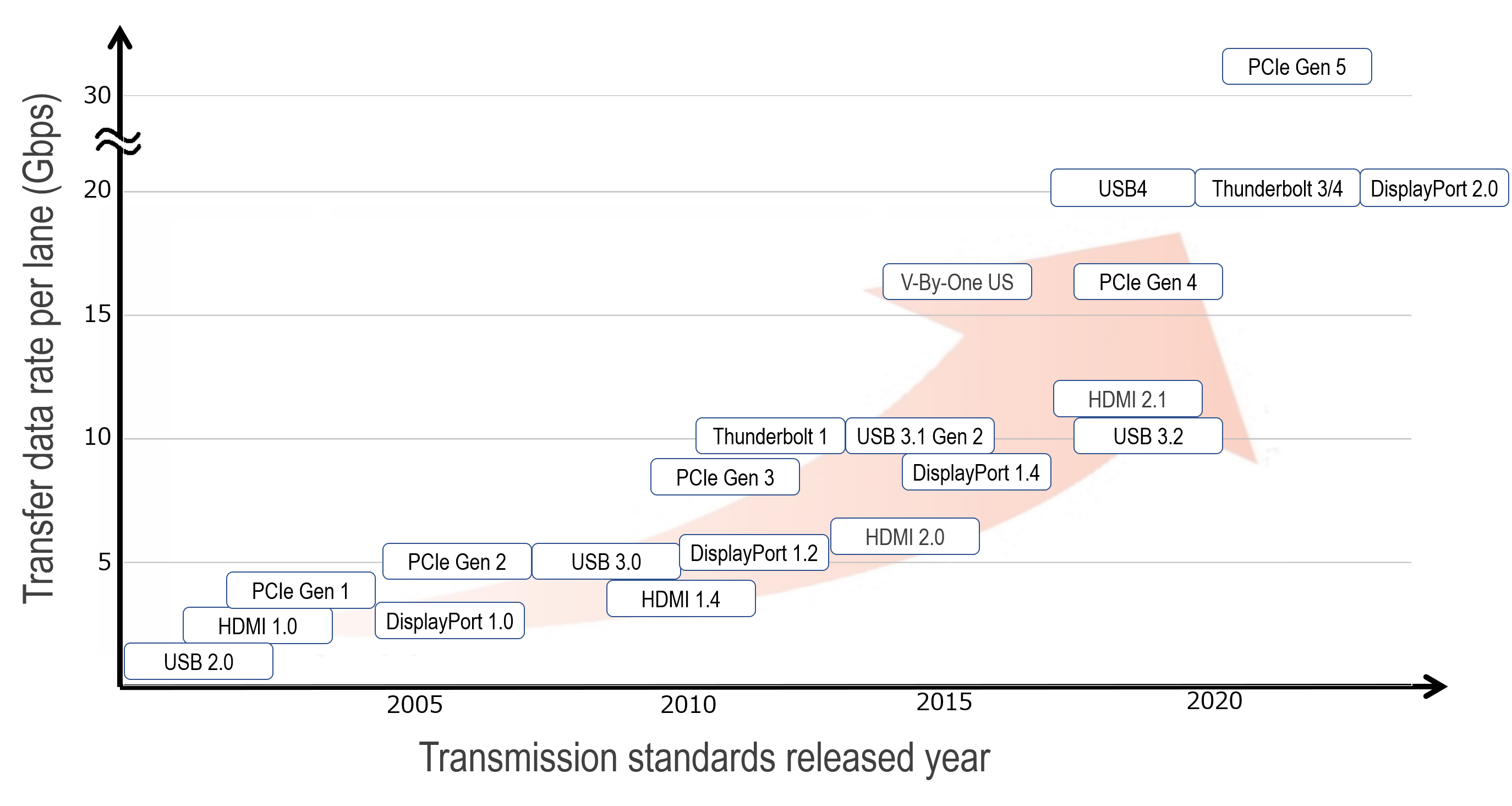 Cables and FPC/FFC are mainly used for jumper connections when transferring signals and power between module boards in devices. To some extent, the types of cables and FPC/FFC that can support are determined by the Signal speed (Signal transmission standard) and Transmission distance. In general, coaxial cables* are considered suitable for high-speed or long-distance signal transmission.

With the recent increase in signal transmission speed the usage of micro-coaxial cables for jumper connections in devices is expanding. 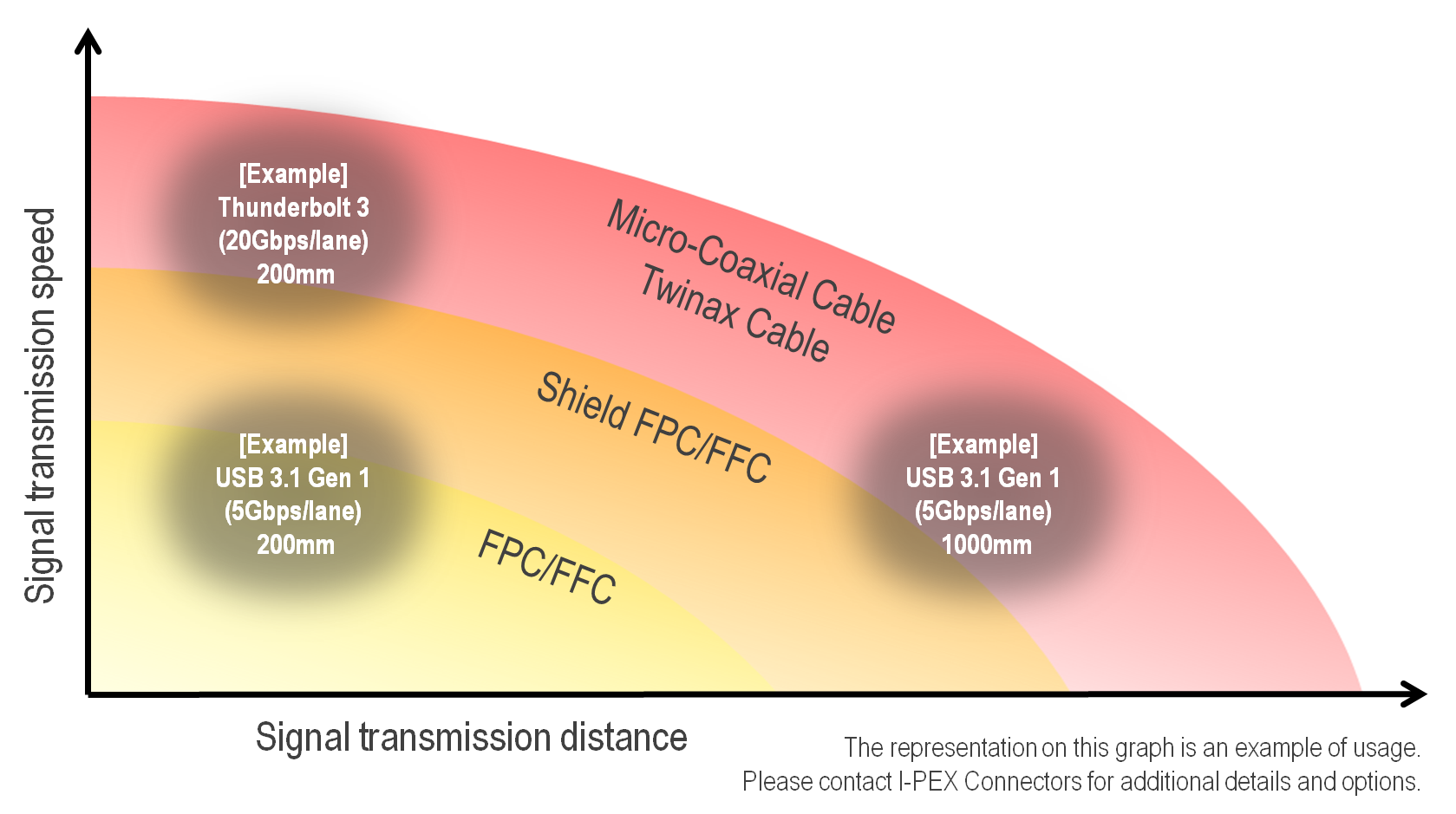 Oftentimes micro-coaxial cable is used because it has a higher degree of flexibility compared to shielded FPC / FFC and it can stabilize the electrical characteristics even if it is bent.

Flexible micro-coaxial cables are suitable for devices with hinges that require the cables to be moved and routed within the device, such as hinge on notebook PCs and rotating cameras on drones. With the number of applications that include high resolution cameras and panels on the rise, along with higher signal transfer speeds, micro-coaxial cables that combine high-speed signal characteristics and mechanical advantages are a preferred solution. 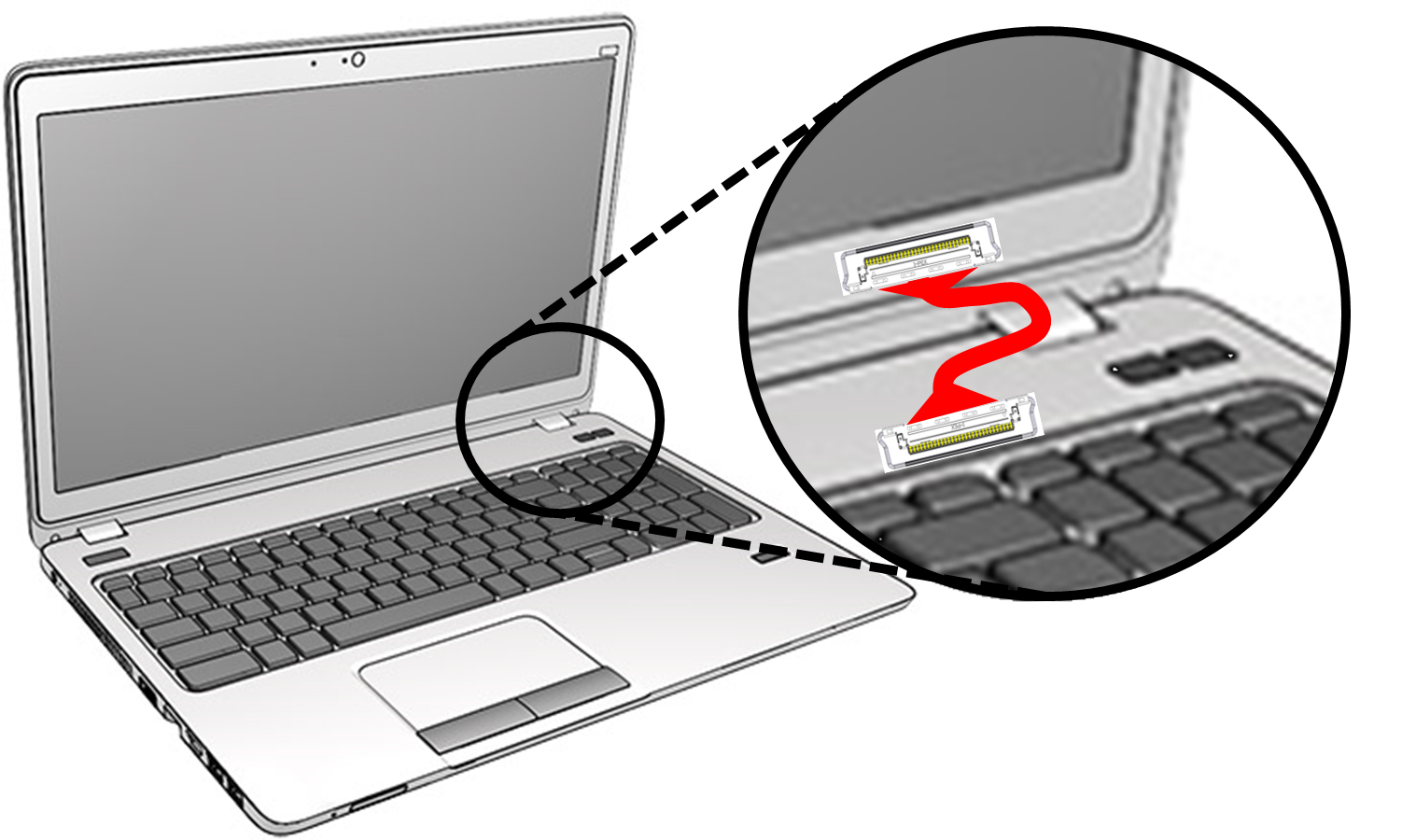 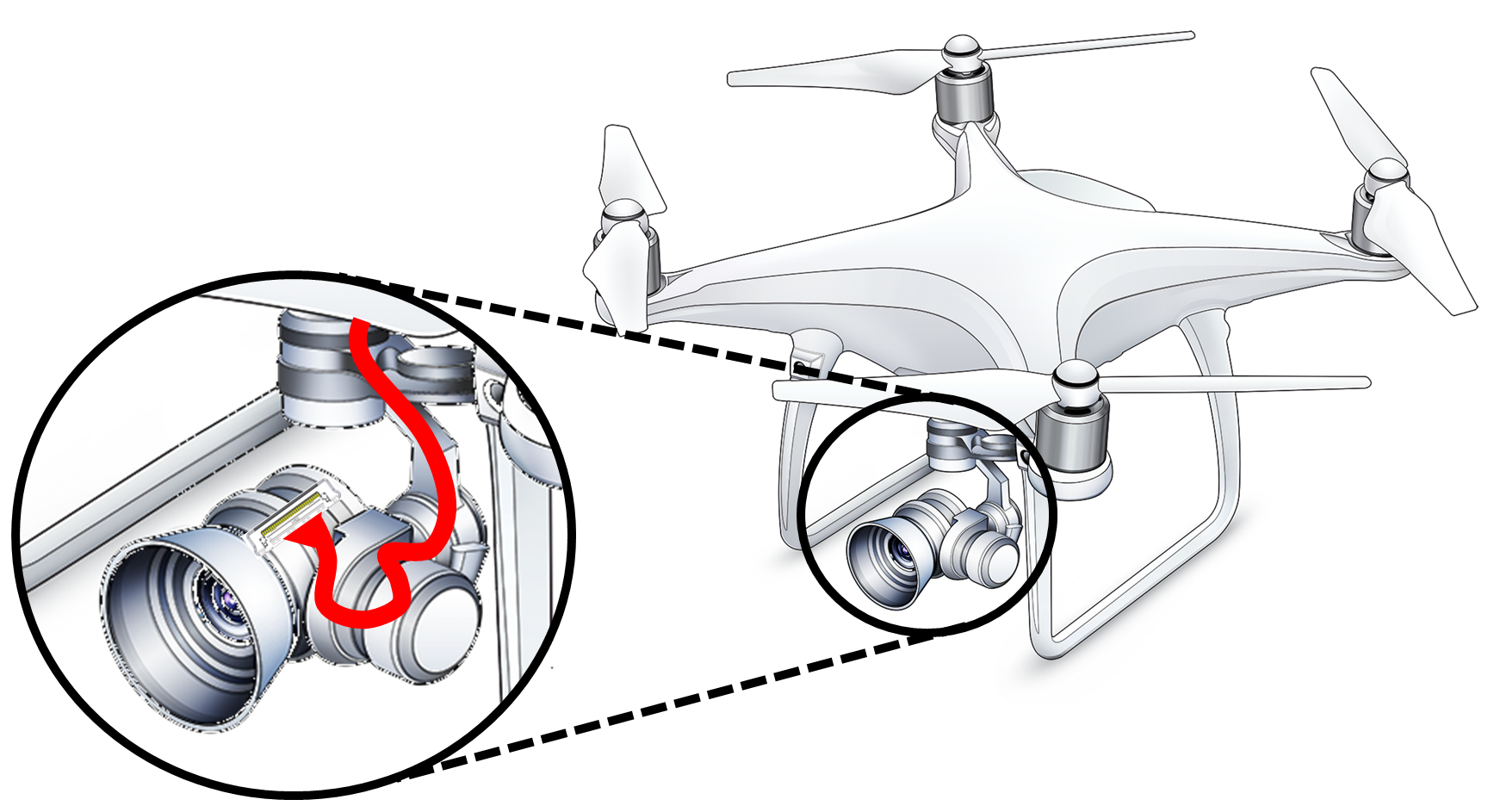 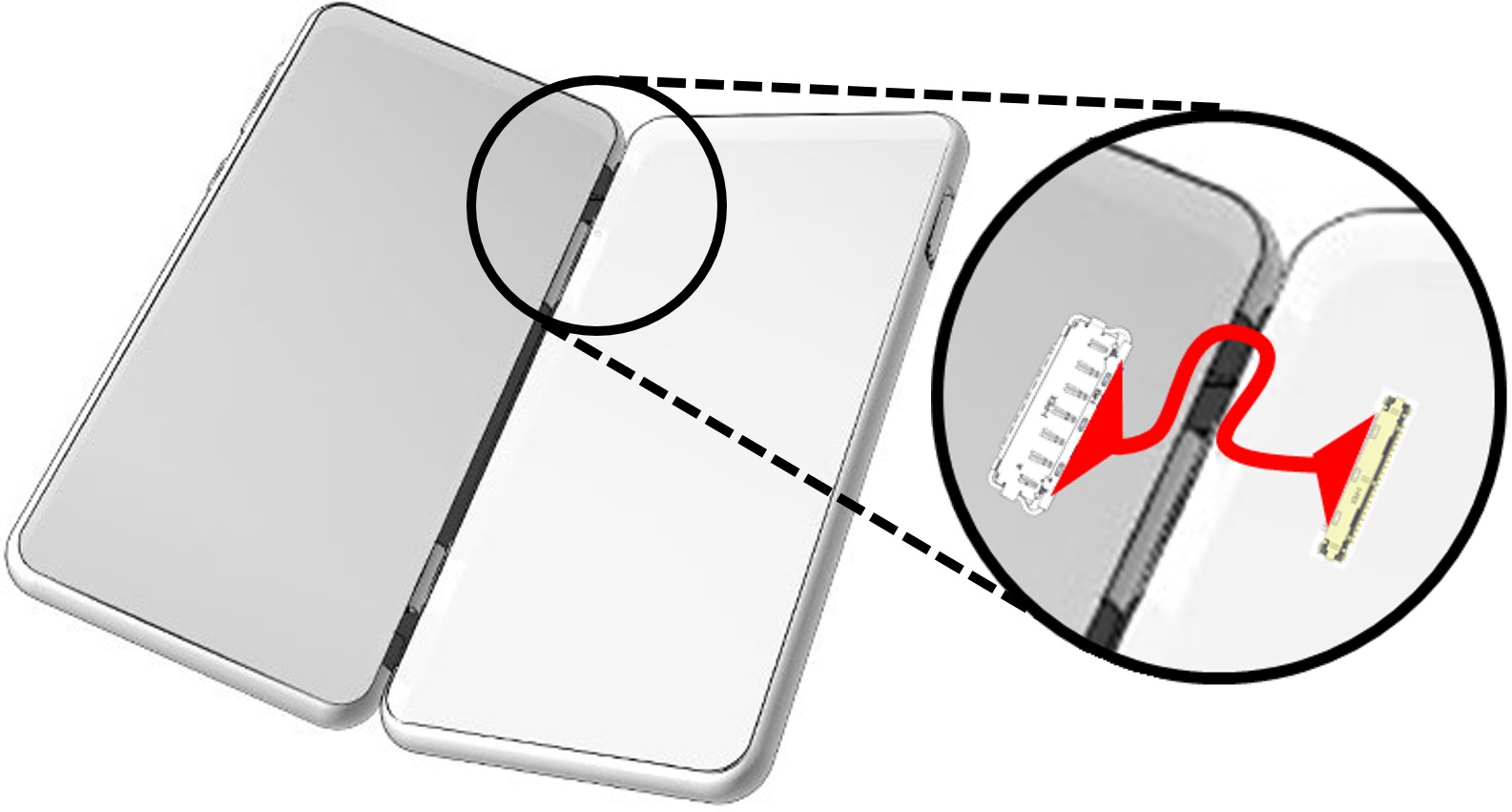 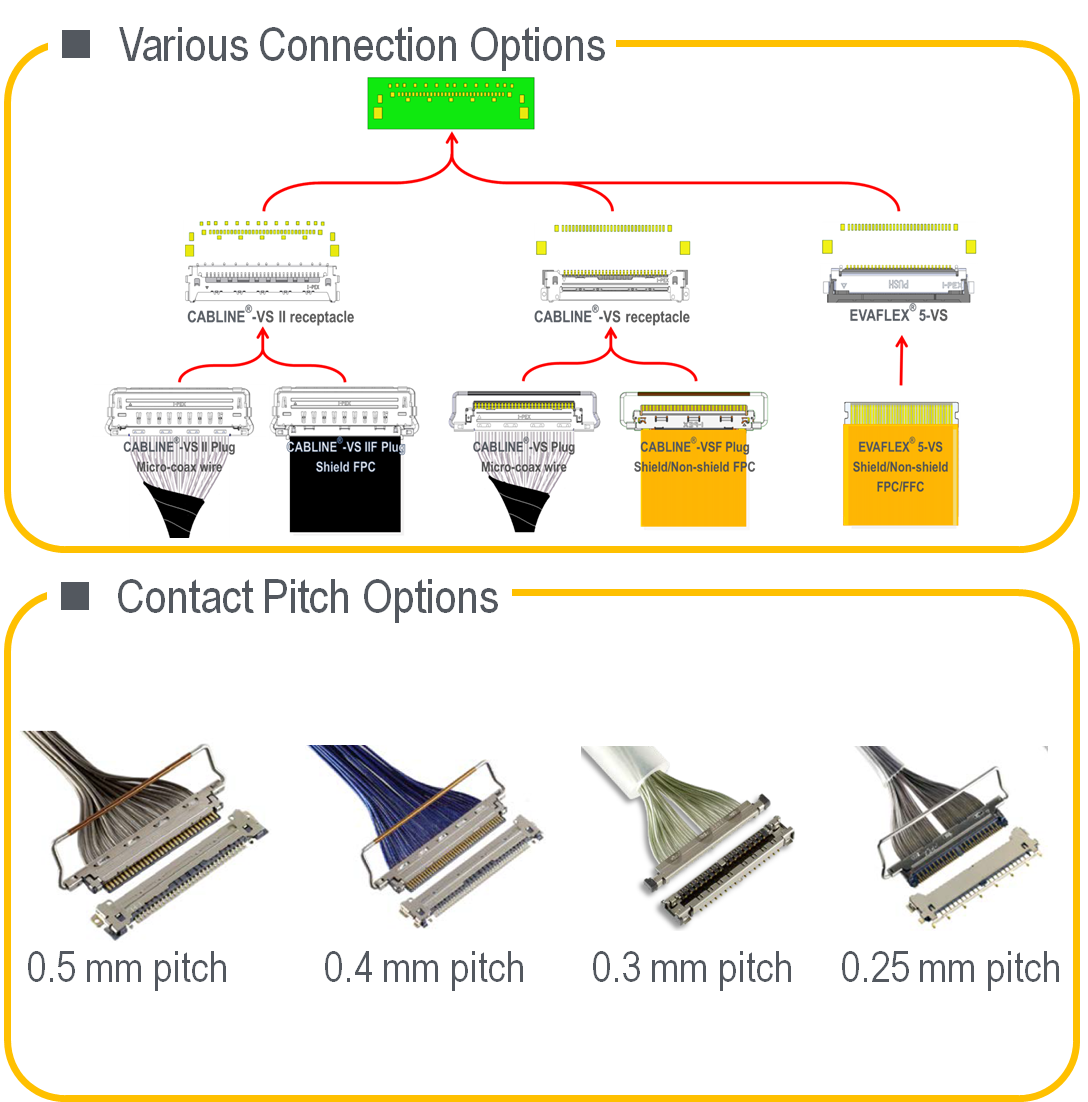 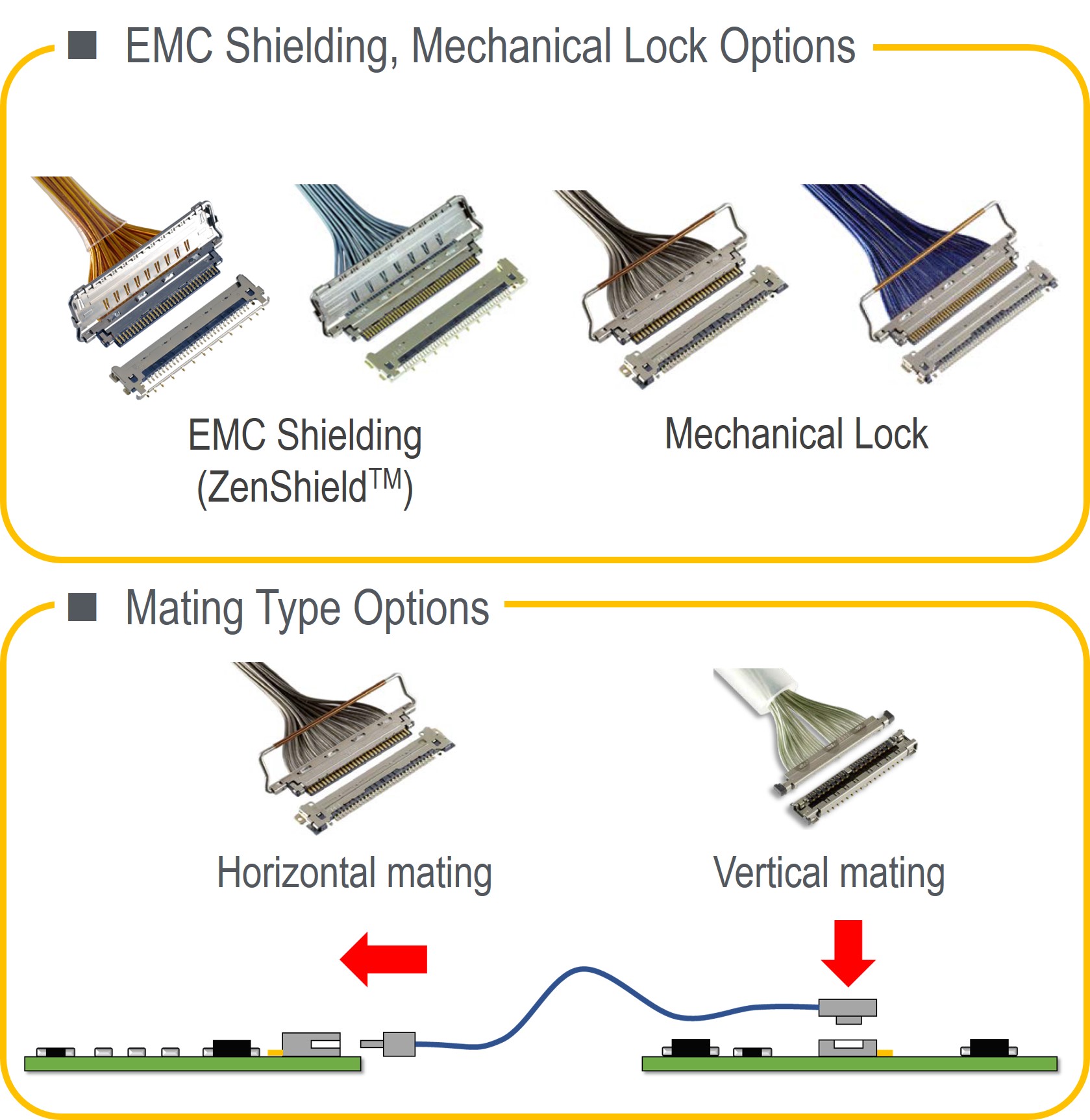 With the introduction of smaller devices with a high density of mounted components, along with the high speed signal in these devices, it is imperative to take measures against electromagnetic noise at the jumper connections in devices. I-PEX has developed a high-performance EMC connector series (ZenShield®) that solves electromagnetic noise in the connector by using an appropriate grounding structure and cover which includes the mounting position of the signal contact tails with metal shields. This solution is widely adopted by many customers to prevent electromagnetic interference, especially in high-performance devices equipped with wireless communication functions such as Wi-Fi, GPS, and LTE. 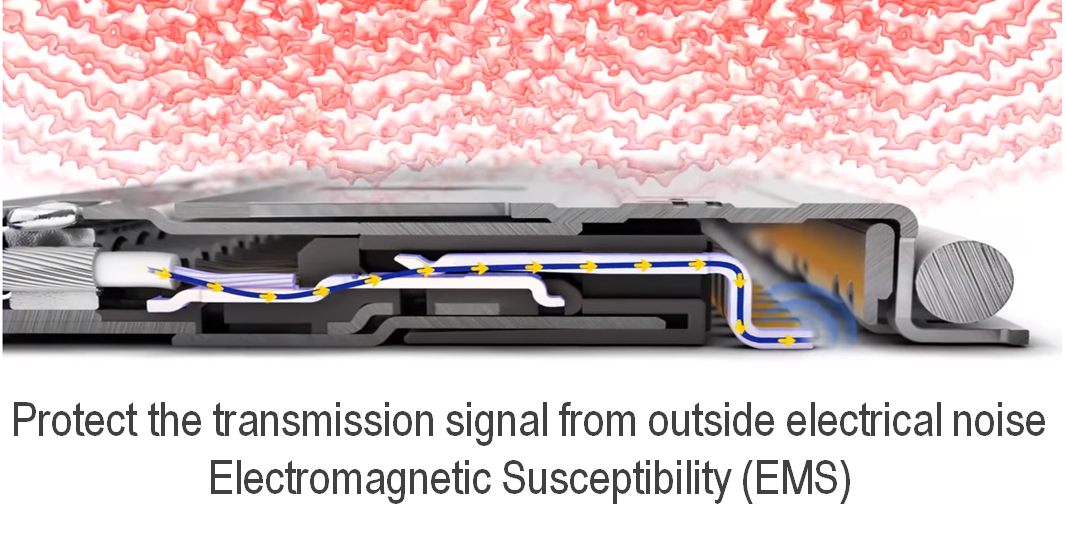