On the other hand, for radiated interference electromagnetic noise, in which electromagnetic waves are radiated as noise into a space and conducted to another circuit, it is necessary to take measures to block noise conduction in the air by using shielding.

However, if the board circuitry, including the internal connectors that connect modules, is covered with shields, it may be difficult to unmate the connectors when necessary, for example, when repairing equipment . In this case, the use of a high-performance EMC connector, which prevents electromagnetic noise in the connector itself, can provide EMC countermeasures for the connector part without sacrificing the connector mating/unmating function.

Because the connector itself can significantly reduce EMI due to this design, ZenShield® allows for a flexible board design, such as placing the connector close to the antenna, especially in high-performance electronic equipment with wireless communication functions that are required to address intra-system EMC issues. 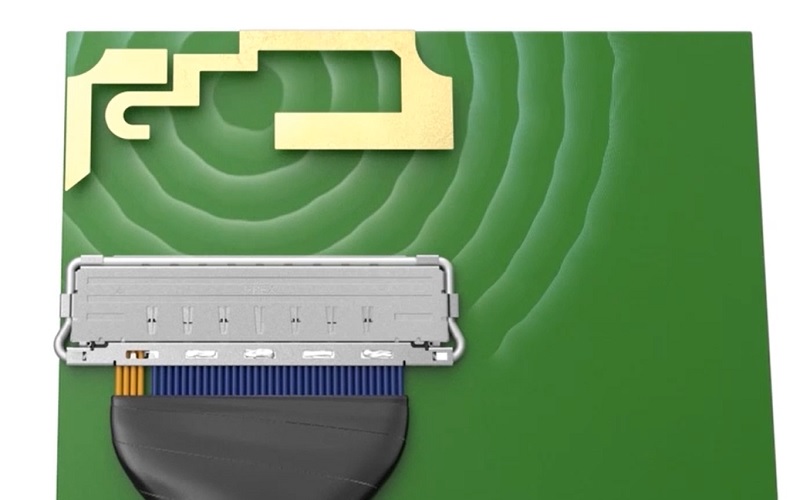 With these design features, the connector itself provides significant mitigation of EMI. ZenShield® gives board designers more flexibility for designing the board by allowing the connectors to be placed in close proximity to sensitive subsystems, such as transmit/receive antennas, that are commonly found in high-performance wireless communication systems.