THine Electronics has established V-by-One® US

THine Electronics has established V-by-One® US technical specification as next-generation high-speed interface technology that follows their high-speed interface technology V-by-One® HS, which is the de facto standard inside most 4K TV’s throughout the world.  The V-by-One® US technical specification specifies high-speed transmission of 16 Gbps at a maximum per lane, which is four times as fast as V-by-one HS. In order to develop 8K video transmission lines, by using V-by-One US, the customer can maintain the number of lanes for transmission the same as current 4K video transmission lines by using V-by-One HS. 8K video signal is x4 volume of 4K, but V-by-One US is x4 faster than HS, so the number of lanes will be same. If the customer uses V-by-One HS for 8K, they need x4 lane numbers.

The EVAFLEX®5, with impedance-matched shielded FFC and interfaced with V-by-one® HS, has already been adopted by many customers. EVAFLEX 5 has also now been confirmed by THine Electronics’ technical specification for high-resolution video image and next-generation high-speed interface standard V-by-One® US. Conformable EVAFLEX 5 for V-by-One® US has the following features: 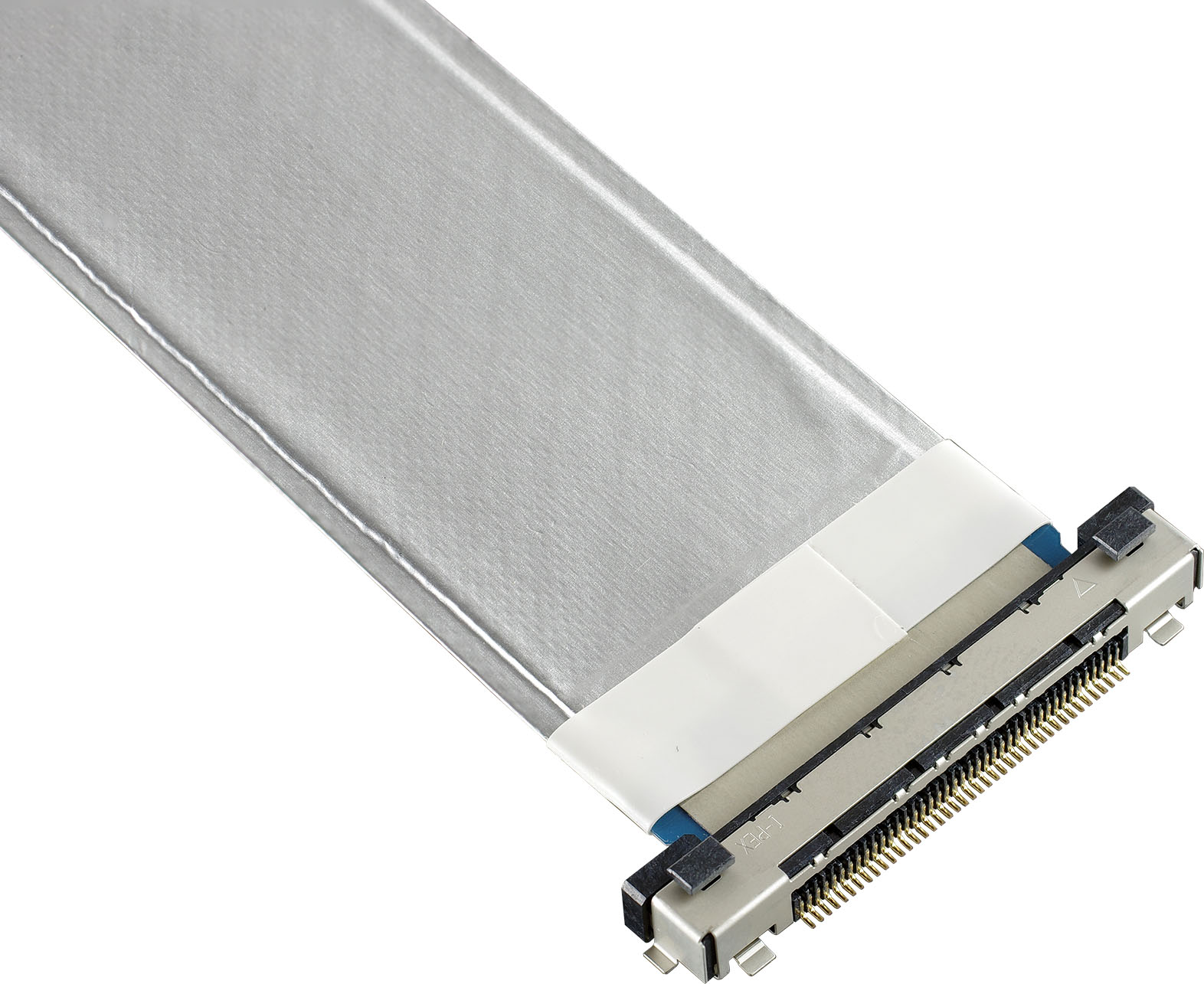 * ”V-by-One” is a registered trademark of THine Electronics, Inc.
Contact us for more information.